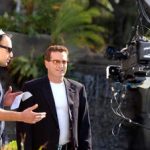 I was in a heightened state in February last year.

After 2 years on the books of a casting agency for film extras – or supporting artistes, as we apparently prefer to be known – I finally received an email asking if I was available for some filming work.

Day 2 of the “shoot” and wandering around in a bit of a daze, trying to look perturbed by the biting March wind and sheet rain, I actually wanted to run around with my pants on my head, skipping.

So many things were falling into place in my alcohol-free world. I had quit booze 3 years+ earlier and been gradually adjusting to everything, including the relaxation on my wallet. In my former existence, I had never been a big wig in the workplace but I did have a corporate sales job which I quit 6 months after I quit the booze. I did so when I twigged that I no longer wanted to endure the pressure and I didn’t need the money.

It’s taken a while to find an alcohol-free work/life balance that suits me. I do some tele-sales for a nice firm in central London, I write a little, volunteer for half a day each week and from time to time I’m a film and TV extra.

At first, I was punch drunk whenever I talked to any fellow extras on set. I had that gin & tonic feeling – giggly and slightly reckless, trying to hold back from being a little too excitable in my responses, a touch too flippant and skittish when told my costume looked lovely on me – the temptation to let out a random guffaw, almost too much! I was just so ridiculously happy.

Part of my joy was to do with finding a series of mini-highs that had nothing whatever to do with booze. For the first time, that gin and tonic surge, which I always instantly drowned, appeared to be attainable by natural means, and was sustainable for hours at a stretch. No hangovers either; no remorse; no self-loathing.

It’s heart-warming how my alcohol-free world is evolving..

I’ve had to be patient though. For two years, while living off my dwindling savings and overdraft, I had no idea where financial security might come from – without going back into a proper p.a.y.e. job – the very thing I wanted to avoid. I was writing my book, “Not Alcoholic, But…” during this period – a wonderful experience in the main – but never care-free, due to dodgy finances.

I was able to keep going because being alcohol-free kept me on an emotional even-keel and empowered me with the inner belief that I could achieve complete self-determination though sobriety.

In the past, alcohol was the boss. I had to have a certain kind of job, and a certain kind of salary that would satisfy the demands that alcohol put on me – which very much included financial demands – as well as time and life-style.

But being alcohol-free, no obstacle was going to push me off course. I have continued to plough on with what I know to be right for me. My book and my simple new way of life were from day one the most important things for me, and I knew that in time new opportunities would arise from these. Just because I couldn’t see yet what these opportunities were, wasn’t going to put me off. I was content. Sobriety saw to that. And sobriety gave me the patience to wait and see what might emerge.

Sitting around “on set” talking to fellow artistes and to all the amazing production team is just so thrilling and fun, and there is no obligation to “be” anyone but myself. The “work” is hardly difficult and is entirely in the background. But it manages to seem very important and special at the same time. And in-between it doesn’t require me to put on any persona – other than my own natural one.

In the bad old days, if I had landed some film extra work, I would have sought out a pub on the way home from the first day of filming, and basked in the glory of the day’s exploits, spending big chunks of the money I had just earned, and not yet even been paid. I’m completely free of all that now. I feel re-born and ready for a whole new life! More of this sort of thing is to be found in my drinking memoir