I still have a lot of affection for the people in that group, even though I don’t attend it anymore. Plus, I am hugely grateful to Alcoholics Anonymous for the sense of achievement that stopping drinking gave me, and for the new identity it bestowed upon me as a non-drinker, with my new AA family.

All of which is why I recoiled a bit when a close friend of mine (also in recovery) suggested the other day that I was ambivalent towards Alcoholics Anonymous.

He had good reason, as I’ll explain, but his words still stung a bit.

The thing is, I was never comfortable enough at meetings to launch into a stream-of-consciousness “confessional” the way everyone else seemed at ease to do. I felt nervous that I would forget what I wanted to say half way through and look ridiculous; especially as everyone else was so witty. Hilarious anecdotes and phrases fell out of their mouths with complete spontaneity. It was no wonder I felt intimidated. And so, after a year of almost complete silence on my part I started to feel a bit of an intruder at meetings; a taker. I felt resented for not giving anything of myself to the group.

It was probably vanity on my part. After all, who cared? Why did it matter if people thought I was clever or funny, or not? But I couldn’t risk it, so I stayed quiet.

But I also didn’t feel the same way as others seemed to in the room, apart from their drinking anecdotes of course, which were a joy to listen to. I might have been able to join in with some of them over time. But too often the drinking anecdotes segued into spiritual anecdotes that left me scratching my head. If I’m honest, I just didn’t like this element of Alcoholics Anonymous. It permeated most of the 12-step programme. All but three of the steps made some reference to God or spirituality and I couldn’t bring myself to indulge them. I felt they were dragging me in completely the wrong direction – one of dependence again, rather than self-determination.  I had done this thing on my own, and I was proud of myself for it.

But I quite accept that not everyone’s experience is the same as mine; not by any means. Many drinkers can’t operate without alcohol – whether that’s physically or psychologically. When they finally hit rock bottom, Alcoholics Anonymous is there to scrape them off the floor. That’s where the concept of a higher power is so strong. The medicine of alcohol having been taken away, there’s nothing to replace it except the all-forgiving, all-supporting higher power. But in my case, when I came off the medicine, the problem was solved. 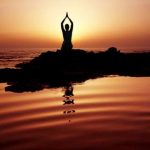 And there was even a problem I found with Step One of Alcoholics Anonymous’s 12 steps to recovery; and Step One doesn’t even mention God! It’s all about the unmanageability of our lives, and our powerlessness over alcohol: “We admitted we were powerless over our addiction – that our lives had become unmanageable.” The problem for me was that life was too manageable with alcohol, not unmanageable. That’s why I kept drinking it for 36 years. It’s such a thin line between self-delusion and self-control, I know, but I was able to set rules around my drinking for years. And I probably could have carried on for years too. When I stopped, it wasn’t because I had hit rock bottom. It was because I realised I wanted a new life, free of alcohol. I realised I didn’t want to worry about alcohol any more. I was bored of trying to appease it; include it at every occasion. I wanted a new life, and I planned exactly how I was going to go about doing that – by stopping drinking.

Far from feeling powerless over alcohol, I felt I had risen up and biffed it in the face. I was a winner.

And then there’s that beloved mantra of Alcoholics Anonymous’s “Just for Today”. I didn’t have much time for that either. If I had quit alcohol reluctantly, I might have had some comfort from the idea that I only needed to worry about not drinking for the next 12 hours. But I hadn’t quit reluctantly. I had quit deliberately and in a controlled and highly planned way. I wanted to stop forever, not just for today. I knew it would take time to get used to this concept, and I therefore didn’t focus too hard on the “forever” element. But nor did I take comfort from the somewhat delusional idea of “Just for Today” cos I absolutely knew it wasn’t that.

And what of sponsors? I can’t say that I ever had much need for one of those either. I wanted to understand what I had done, so I talked about it with friends and family, sure –  and I wrote a lot about it; I listened to podcasts, searched the web, read articles and went to Alcoholics Anonymous meetings. But I didn’t seek a sponsor for any sort of prescriptive direction or counselling.

So I’m left wondering what it was about Alcoholics Anonymous that I liked so much. Well, it’s the people of course. People’s relationship with alcohol is endlessly fascinating to me. AA meetings are full of people who have plenty of things to say about that. And about life generally. I was able to pick out the bits that interested me most and ignore the bits that left me a bit cold. And as they say, What’s not to like about that?!