I thought ‘Drinkers Like Me’ was a great documentary and very brave of Adrian Chiles. 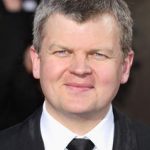 For me, what came across in ‘Drinkers like me’ was the danger of cutting down your alcohol intake, as opposed to quitting. Paradoxically, it’s far harder to cut down than quit because when you allow yourself the reward of a few drinks on certain days and certain occasions, you end up putting too much emphasis on the importance of those drinks and those occasions, and you don’t develop new interests away from alcohol.

This kind of controlled living is what millions of drinkers like Adrian do all their lives – often supported by a loving spouse who makes sure their partner stays on the rails. Unfortunately, the opportunity to explore new pastimes and people thereby goes begging.

In ‘Drinkers Like Me’, Frank Skinner made an appearance and suggested to Adrian that he didn’t really have a problem as he (Adrian) was capable of pressing the stop button when required. Frank said he himself wasn’t able to do this in his own drinking days, and envied Adrian’s ability to control his drinking.

I don’t think this was very helpful of Frank, and certainly not very empathetic. It was obvious that Adrian wanted to free himself of the burden of having to drink on every single occasions, and the only way to free himself of this burden is to develop new, sober occasions, ones that he can look forward to, away from alcohol. He isn’t going to know what occasions these are until he has learnt to live without the drug that’s restricting him from that knowledge.